Is your Practice taking care of you? | www.septodontlearning.co.uk
Dental courses for professionals
Basket | empty

Home > Is your Practice taking care of you?

Is your Practice taking care of you?

Needlestick injuries in the dental practice have always been a fact of life – and dental nurses have more than anyone. Many accidents probably go unreported so exact figures are hard to come by, but in 2014 a survey carried out by the British Association of Dental Nurses among their membership found that just over half of the respondents had had a needlestick injury at some stage in their career – and of those who had, 60% said they had had more than one, and 11% had been injured within the last year. In terms of when their injury had occurred, 41% said that it had happened after use, before disposal (1).

Sharps injuries can arise from a variety of incidents, but in dentistry a large proportion occur when clinical staff are resheathing/recapping needles prior to disposal. These needles have become contaminated through use, potentially with viruses such as HIV, hepatitis B or C, and risk infecting the member of staff – most often the nurse clearing up. Even those who get the all-clear still have to suffer an anxious wait, while for the employer there is all the reporting and paperwork to deal with, as well, now, as potential legal action to face. Good practice on sharps use and disposal is no longer merely ‘guidance’ – it is the law, and practice owners, be they individual dentists or employers of dental staff, such as corporates, are liable if any employee suffers a sharps injury deemed to have been avoidable. This would apply not only to a dental nurse, but to an employed dentist in a corporate practice, a hygienist – or even a receptionist who accidentally bumps into a tray containing contaminated sharps and injures herself.

All employers have long been required under existing health and safety law to ensure that risks of sharps injuries were adequately assessed and appropriate control measures were in place. Guidance on sharps safety has been provided by the Health and Safety Executive (HSE), the Control of Substances Hazardous to Health regulations and HTM 01- 05 Decontamination in primary care dental practices. The 2010 European Council Directive (2010/32.EU) on sharps goes further, and was introduced to prevent sharps injuries and the transmission of blood-borne infections to healthcare workers from instruments such as needles and scalpels. The 2013 Health and Safety (Sharp Instruments in Healthcare) Regulations (2), produced and enforced by the HSE, implemented aspects of that directive that were not already specifically addressed in UK legislation, thereby making it a legal requirement that all healthcare employers should follow.

The 2013 Regulations were written for all healthcare workers, but they are particularly relevant in dentistry because of the high number of injections that are given, and also because most dentistry is carried out in individual practices, rather in large healthcare organisations.

The aspects of the Regulations that most clearly apply in dentistry refer to the use and disposal of sharps (section 5). They follow the principles of the hierarchy of risk control measures set out in the COSHH (Control of Substances Hazardous to Health) but also require that employers consider additional risk control measures. These include:

When choosing a safer sharp, the Regulations state that the following factors should be considered:

One part of the Regulations which has been controversial is the issue of resheathing/recapping. This happens in some dental practices, for example when ‘parking’ a needle for topping up an anaesthetic, or when dismantling a non-disposable syringe after use. The Regulations st

ate that needles should not be recapped after use unless the employer’s risk assessment has identified that recapping is itself required to prevent a risk (eg to reduce the risk of contamination of sterile preparations). In these cases – and it stresses that these are limited – appropriate devices, such as needle blocks, to allow for one-handed recapping, should be provided to control the risk of injury to the user.

... recapping should occur only when exceptional circumstances dictate ...

Some dentists have believed that simply carrying out a risk assessment should enable them to continue working as they have been in the past, but that is not the case. The instances where recapping would be acceptable are very limited, and a practice owner would need to have very robust reasons for doing this in a specific instance, and have minuted it in order to defend their actions in the eyes of the Care Quality Commission or indeed the HSE themselves. Martin Foad, Regulatory Affairs Manager at Septodont, is concerned that dental needles, which unlike medical syringes are sharp at both ends, cannot be recapped in the same way. He has checked with the HSE directly as to their line on this: ‘They have stated that recapping should occur only when exceptional circumstances dictate, and that otherwise it is expected that an alternative device will be used that incorporates a safety mechanism within the syringe,’ he confirmed. ‘I do not believe that there is any case for not using a safer sharp routinely.’

In addition, the 2013 Regulations require that a container for the disposal of sharps should be situated close to the operatory, and the dentist using the sharp should be responsible for disposing of it. Should an accident with a sharp occur, staff members should be trained in what to do, and procedures should be in place for them to inform their employer, who then needs to act to report and investigate the event, and to access the appropriate treatment for their employee.

Most practices have been moving across to safer sharps in recent years, but some employers have used the excuses such as cost and old habits to resist making the change. These just don’t wash. Once the costs of sterilisation are taken into account the difference in price between a safer sharp device and a conventional one is just pence, while learning to use a safer sharp such as Ultra Safety Plus is extremely simple. Septodont provides training in the use of safer sharps, as well as guidance and help on carrying out a risk assessment for dental employers. 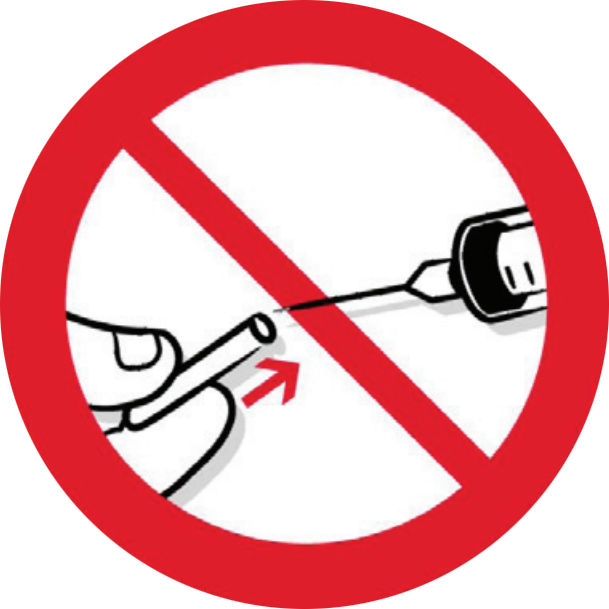 Guidance on the implementation of the Sharps Regulations is available from a number of sources, including the British Dental Association(3), Royal College of Nursing(4), while the CQC has brought out its own document on the use of safer sharps(5). This now outlines in very clear terms what they expect from practices they inspect, stating: ‘Best practice – single use disposable local anaesthetic delivery syringes that incorporate a mechanism to protect against accidental injury.’ It continues: ‘Needles must not be recapped after use unless the employer’s risk assessment has identified that recapping is itself required to prevent a risk… in these limited cases, appropriate devices to control the risk of injury must be provided.’

Employers should be under no illusions. The Sharps Regulations 2013 are a part of criminal law and are not merely guidance. If they are not adhered to, any member of staff suffering a sharps injury would be in a position to take legal action against their employer. The BDIA survey, carried out a year after the Regulations were introduced, showed that sharps accidents are still taking place. Dental employers who have not introduced safer sharps and the new procedures to go with them may well face prosecution. There’s no excuse for not using them: safer sharps are here to stay